Rejection and criticism are a part of life. According to the great Oscar Wilde, “Criticism is the only reliable form of autobiography,” which means it can tell you more about the criticizer than about the person they criticize. While you may develop a thick skin when accepting criticism at the workplace, it may suddenly feel more painful when it comes from your partner.  Constant criticism from your partner can be tiresome and has the potential  to cause significant  harm to the relationship.

Criticism tends to accelerate over time. This can be destructive to relationships, especially when a person is criticized about their character or personality instead of their behavior. Belittling, comparison, and attacking can also cause extensive damage.

How Does Constant Criticism Affect Relationships?

If you’ve ever been on the receiving end of criticism, you know that words pierce like a sword. Constant criticism can shake your partner’s confidence and makes them doubt themselves. They’ll often find themselves questioning their worth and value. This criticism becomes their truth of life since it comes from a person they love and care about.

Hearing your partner criticize you can feel like betrayal. It goes against the promises and values of a relationship, where both partners agree to love and respect each other despite their shortcomings. A relationship without trust is like a vehicle without fuel; you can sit in it, but it won’t take you anywhere.

An overly criticized partner tends to withdraw and become emotionally unavailable. They guard themselves by building walls that ruin the intimacy of a relationship. They won’t retaliate or engage after being criticized; instead, they focus on distancing themselves from their partner due to resentment.

How to Deal With Criticism?

If you’re the one who’s being criticized, it’s important to develop a coping strategy and ensure your partner is aware of their behavior. Here are some ways to deal with constant criticism: 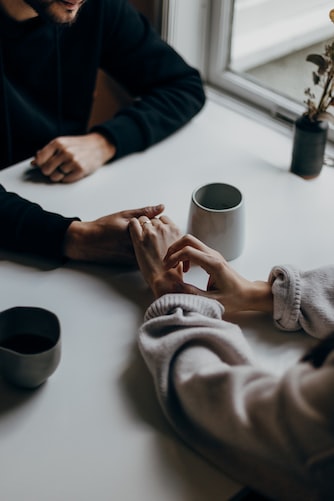 How Can Couples Work Together?

Once you’ve expressed your feelings and your partner is aware of your emotions, it’s time to work together as a couple and fix this. Firstly, create a safe environment to communicate and talk freely. Instead of saying, “You blamed me for X,” try a different approach such as my feelings were hurt when you said I did “X”.” Next, set some ground rules (it’s never too late to do this) about what crosses the line.. Lastly, turn negative criticism into positive criticism to encourage growth. For example, “This food doesn’t taste good” can be changed to “Thank you for cooking this meal; next time, let’s  try a new recipe together!” This will give your partner the support and comfort they need from you.

Is your relationship on the rocks? Freda is a certified life & relationship coach who’s available for personal, spiritual and relationship coaching. She’ll help you build a healthy relationship and show you how to get through some turbulent events that occur.  Get in touch with her today to learn more about her services.

Sign up now and get your FREE motivational guide delivered to your inbox.